I thought I was on track for Garden Bloggers' Day back in January, but even though I had selected my photos and written a few lines, something went amiss. So here we are, uncharacteristically early for February's Garden Bloggers' Bloom Day - the 15th of the month being the day garden bloggers all over the world share what is blooming in their garden, courtesy of our wonderful host, Carol, at May Dreams Garden.

I have hung onto some of those January photos, so my selection this month is a consolidation of what has been blooming in my sub-tropical Brisbane garden over January/February - the two hottest and wettest months of our year.


My 'Wilders White' hibiscus shrub is a bit ungainly after I had to remove its main trunk, when it was damaged at ground level, but it is such a prolific bloomer. 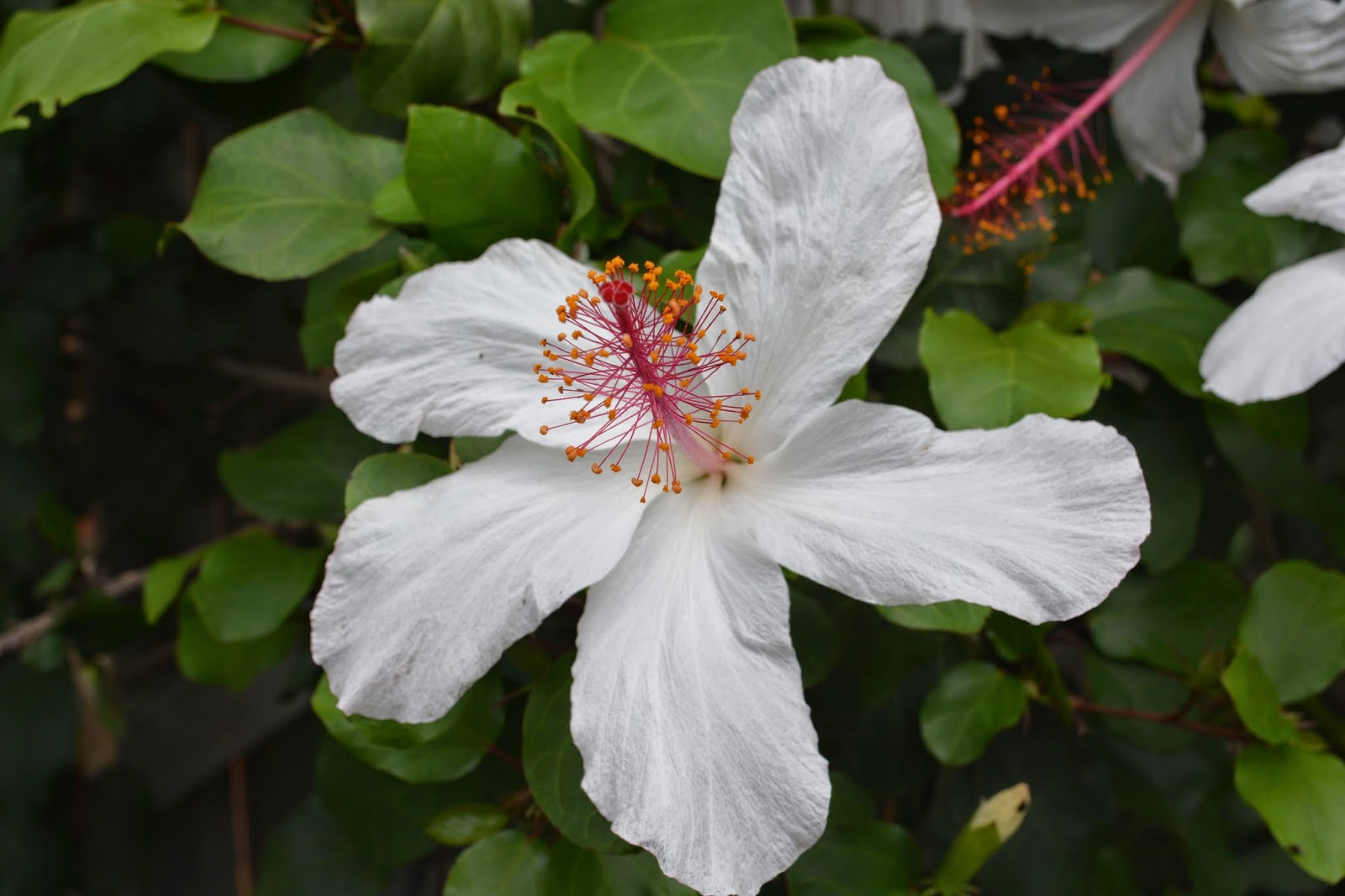 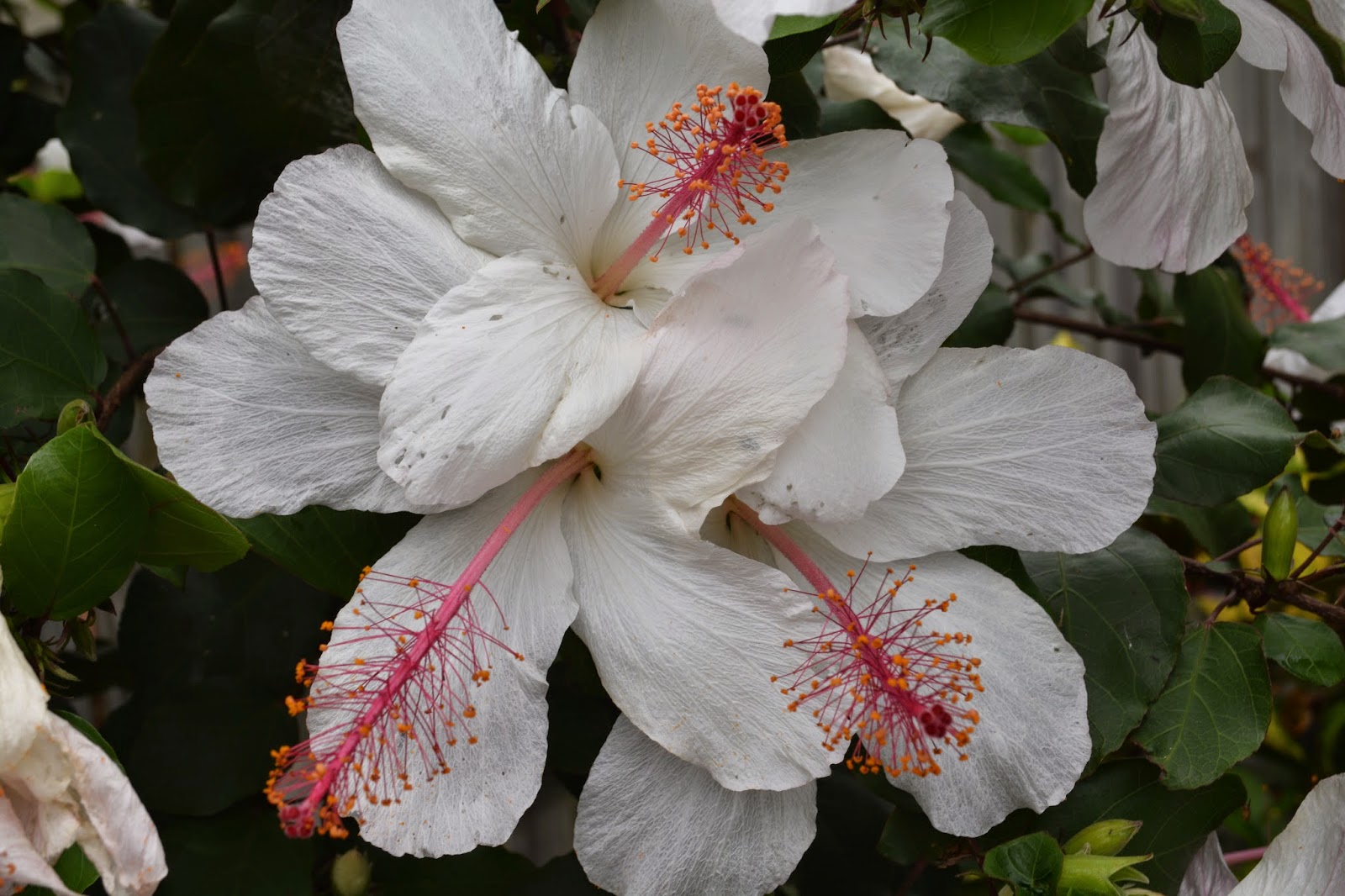 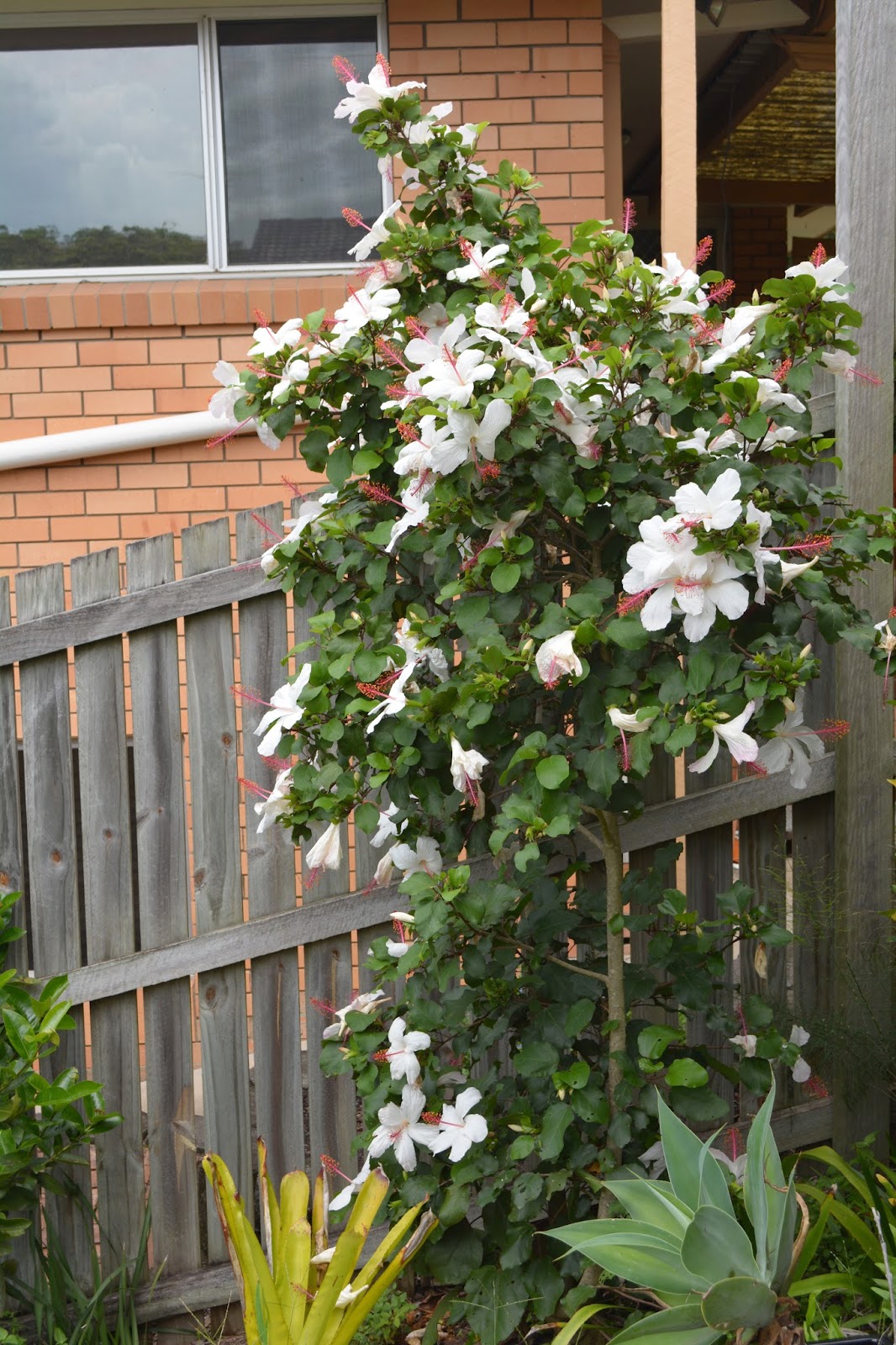 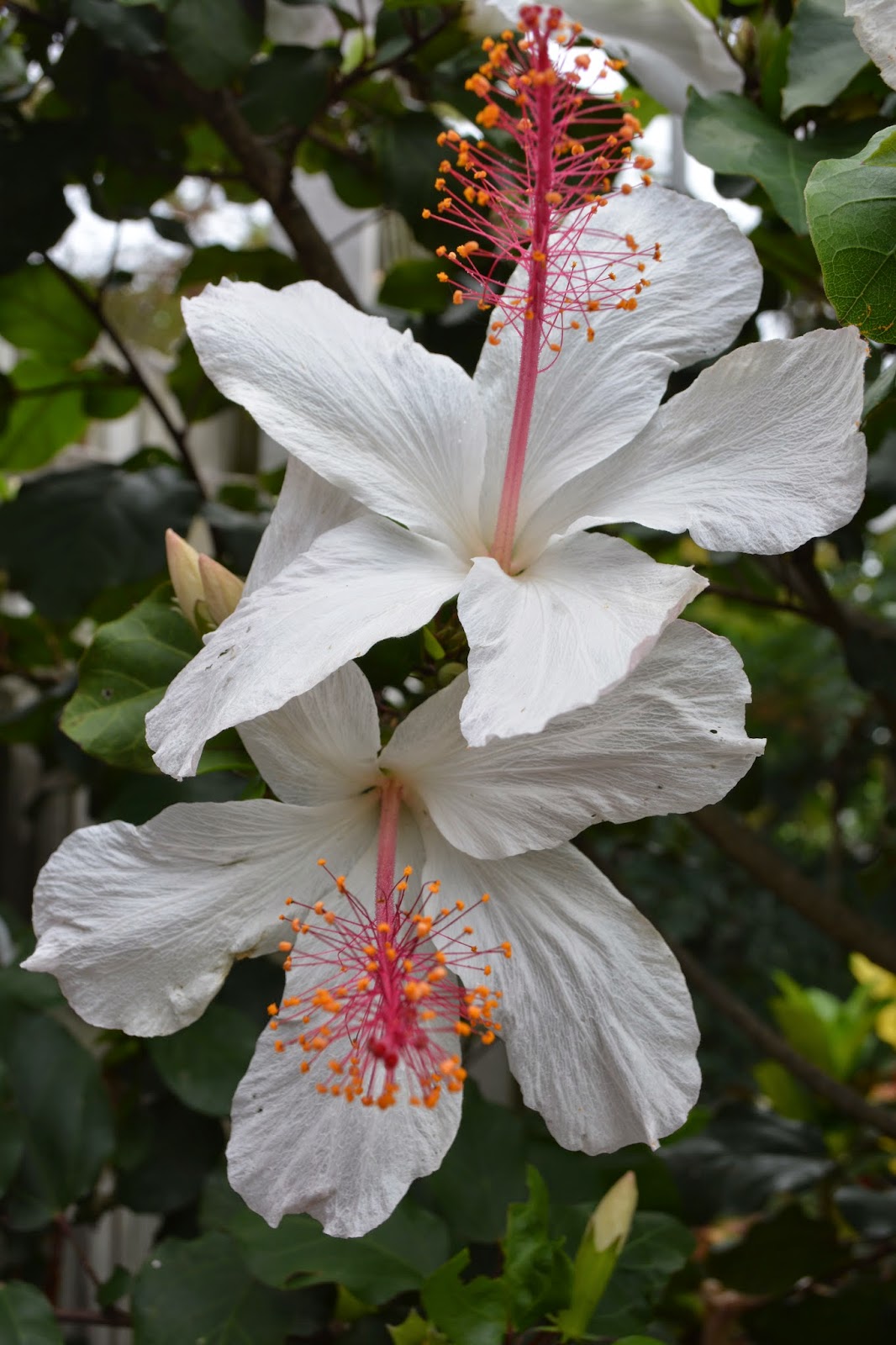 The daylilies haven't been as good as in previous years, but as the garden matures, more of it is thrown into shade, and I worry I have lost some favourites as I have moved them to follow the sun.

These two are All American Tiger and  Mildred Mitchell - I bought the latter by mistake (instead of Ginny Mitchell) and confused it with Isis Unveiled, which is similarly coloured but not so ruffled. 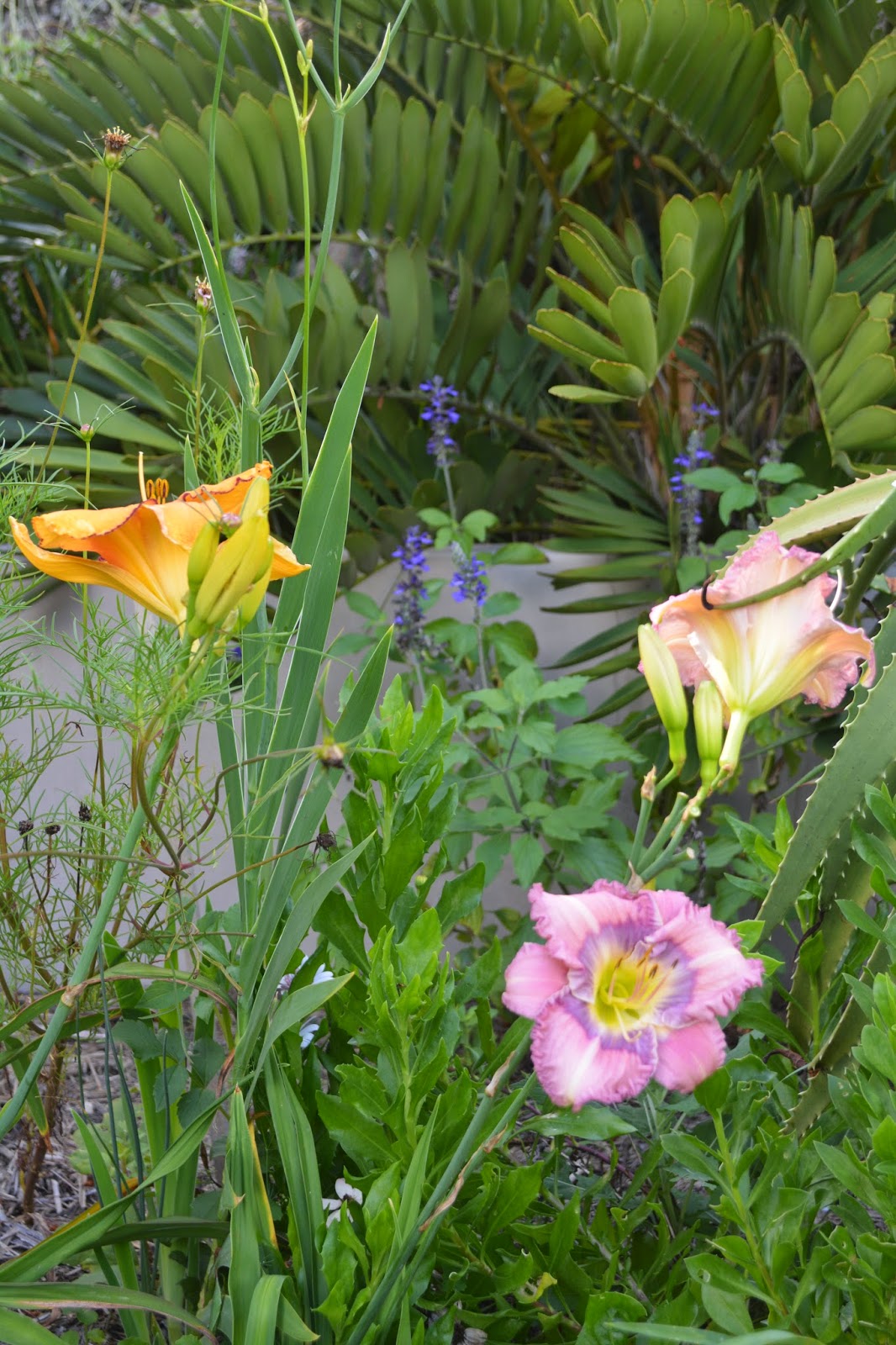 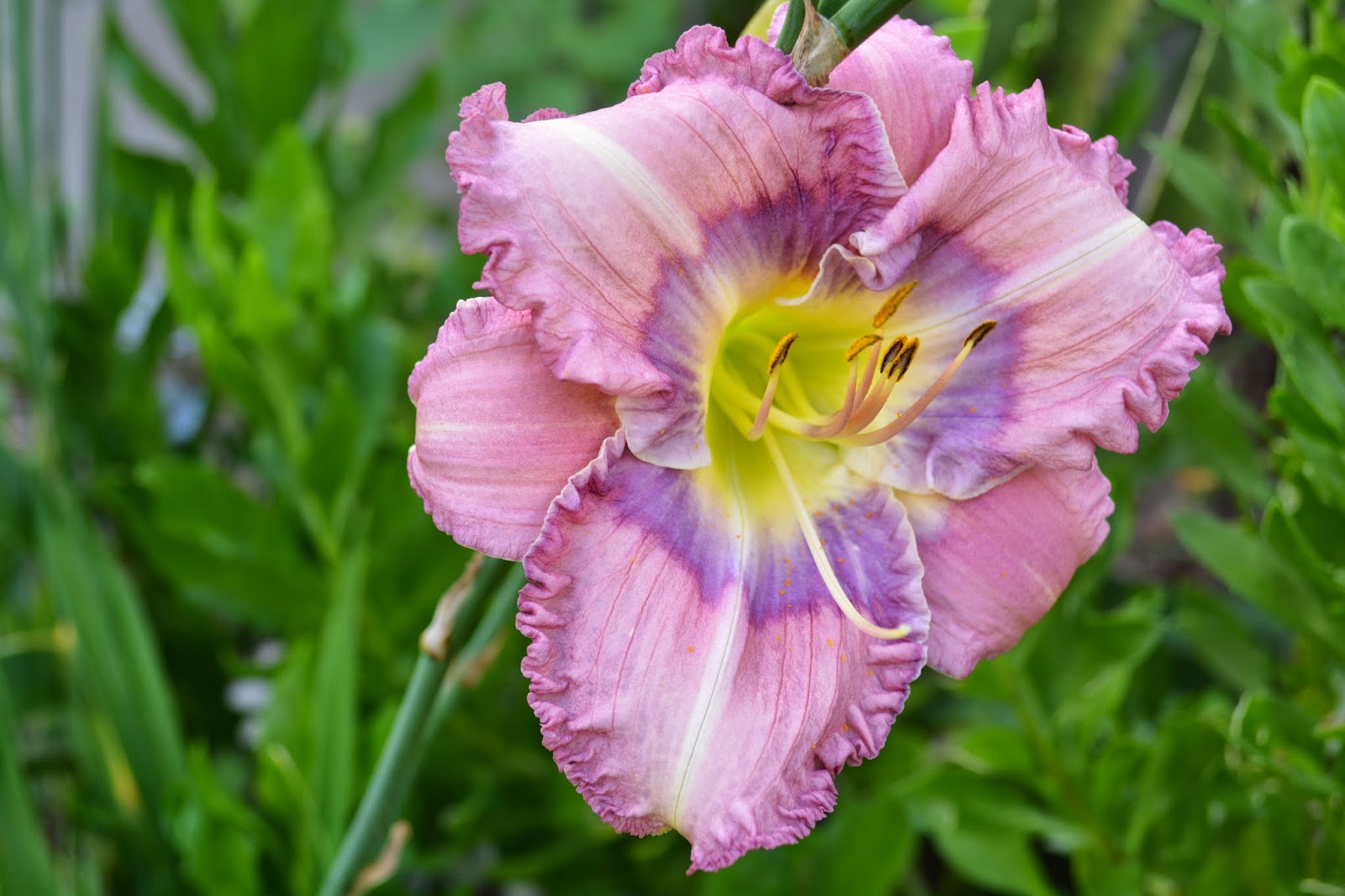 The back garden  behind the garage is our wild zone. We had a large carpet python and a grumpy possum emerge from here recently - and yes, the possum's mood was definitely due to having his sleep disturbed by the snake.

Marisa
I'm passionate about travel, food, books, art, gardens, my home, my dogs. This is my place to celebrate the things I love, to share what inspires me, and hopefully to chart my progress creating my dream garden (despite the enthusiastic assistance of Onslow and Miss B).