Although Indonesia is predominantly Muslim, the main religion in Bali is Hinduism, though it is very much a local variation infused with animist elements. The island is said to have over a thousand temples. This is no exaggeration as there are important temples belonging to the island as a whole, at least three in every village, and most family compounds have their own. In addition, there are little shrines with floral offerings everywhere.

Some of the most important and spectacular of Bali's temples are the sea temples honouring the sea gods. Each sea temple is reputedly visible from the previous one forming a chain around the island. In addition, there are nine directional temples protecting Bali from evil spirits, which are located at auspicious sites from mountainsides to caves and cliff tops.

The 11th century temple Pura Luhur Ulu Watu on the Bukit peninsula in Bali's south is the only temple that is both a sea temple and one of the directional temples. I headed out there last weekend during the three day stopover in Bali I had on my way home and was floored by the beauty of its surroundings. 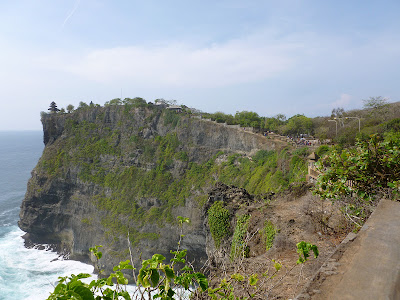 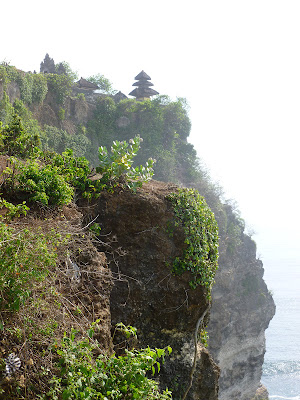 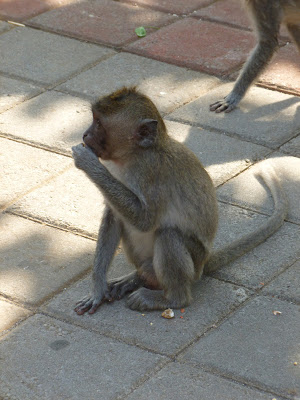 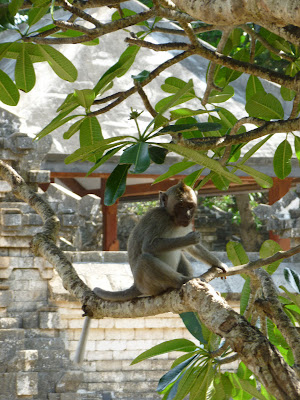 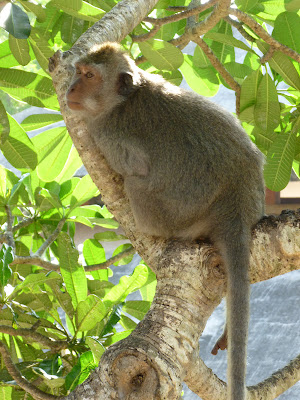 On my earlier visit in June, I visited what is probably the most well-known and most frequently photographed of the sea temples. Pura Tanah Lot is said to have been established in the 15th century by a travelling monk called Nirartha. It is built on a group of rocks at the end of a headland, which becomes an island as the tide comes in. 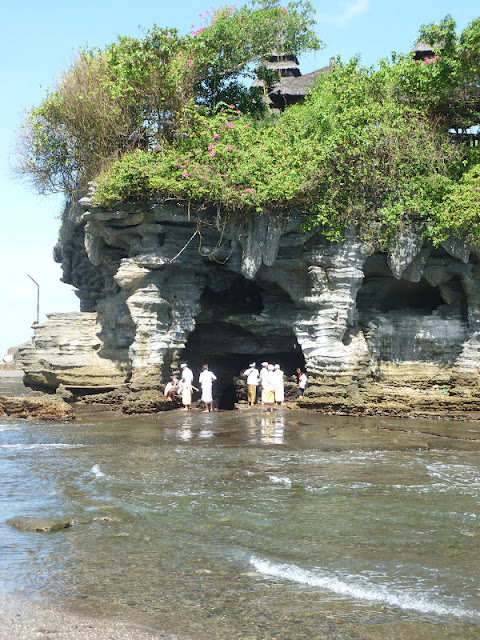 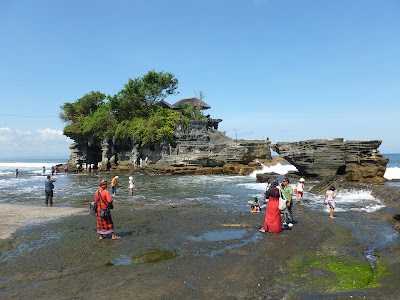 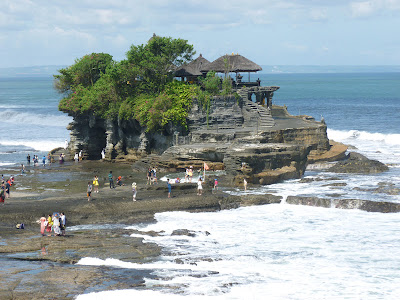 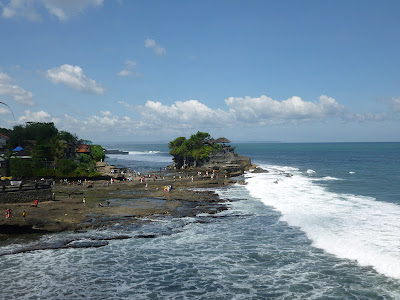 Then, on the very next headland, yet another temple Pura Batu Bolong. My fear of heights overruled the temptation to cross the land bridge for a closer look. 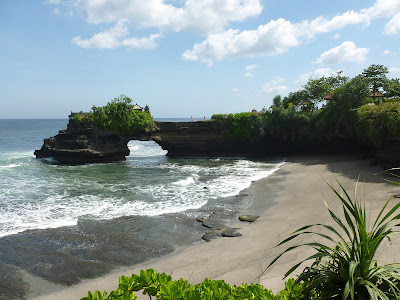 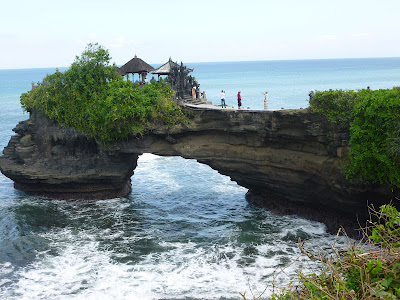 Whenever I am lucky enough to return to Bali, I would love to visit more of the sea temples.  There are seven important ones, so that's at least five to add to my bucket list.  And then there are the directional temples...
Posted by Marisa at 12:48 14 comments:

On the fifteenth of each month, Carole from May Dreams Gardens hosts the Garden Bloggers' Bloom Day meme, which provides an opportunity for gardeners all over the world to share what is happening in their garden.

Once again I am far from home for this month's GBBD, though not for much longer: I fly out this week. However, a week ago I was lucky enough to visit Singapore for the day. This is my third post to share the blooms, planting combinations, and landscaping that I saw at Singpore's Botanic Gardens.

In this post, I have focussed on on the orchids. The National Orchid Garden is located within the Botanic Gardens, and the blooms on display are absolutely spectacular. Unfortunately, I didn't manage to record as many of the names as I did in my two previous posts, and I will only speculate in the broadest terms what variety I think it is. After my visit it became very clear to me that the more I learn about orchids, the less I confident I am about broadbrush stroke identification due to the extent of hybridisation between the different orchid varieties, especially here in Singapore where orchids are an important industry. 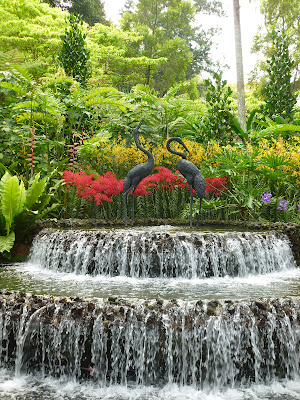 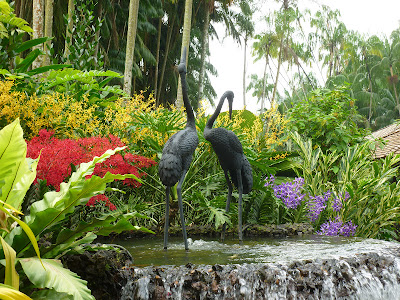 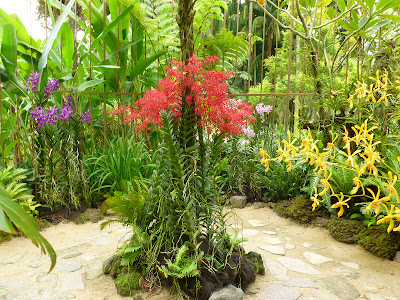 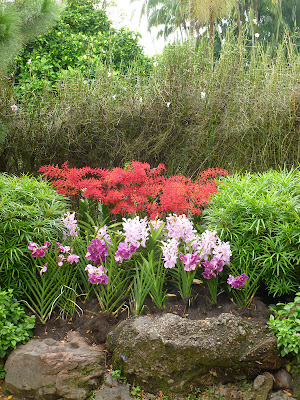 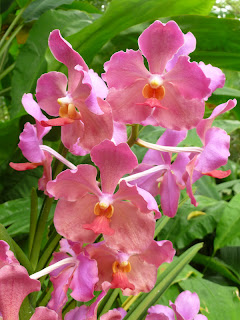 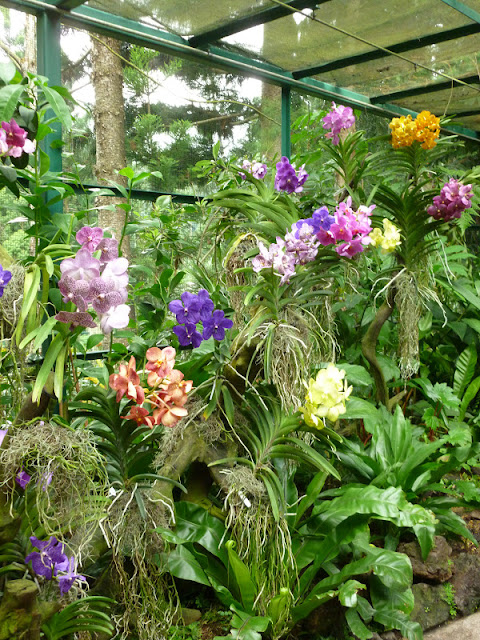 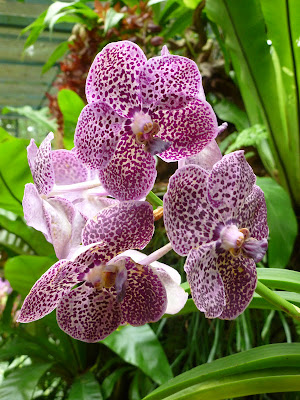 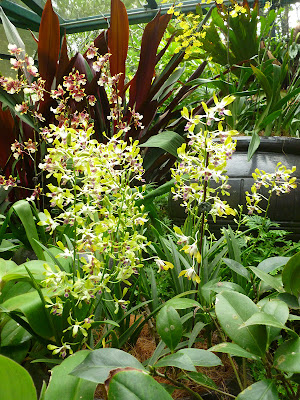 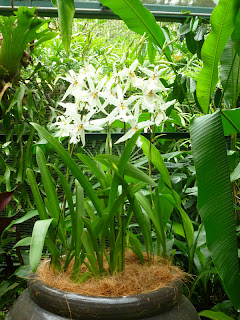 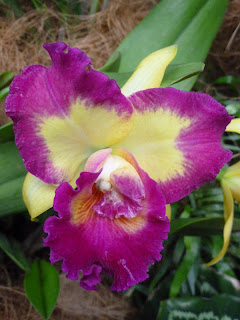 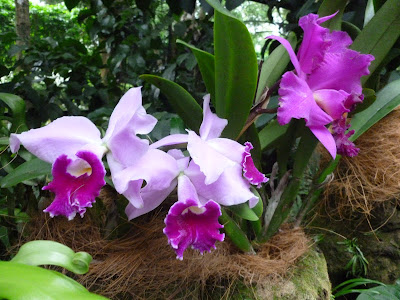 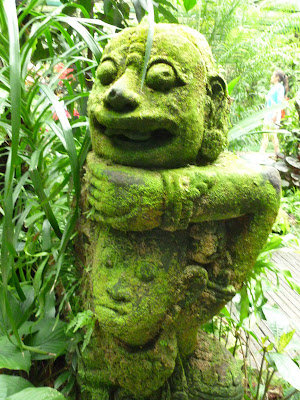 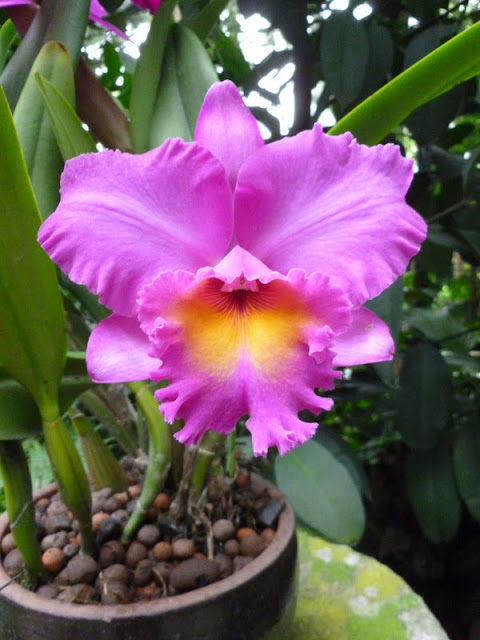 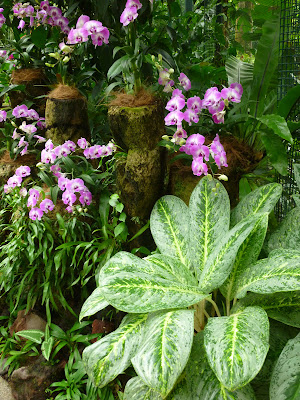 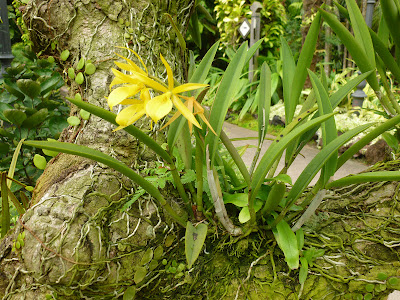 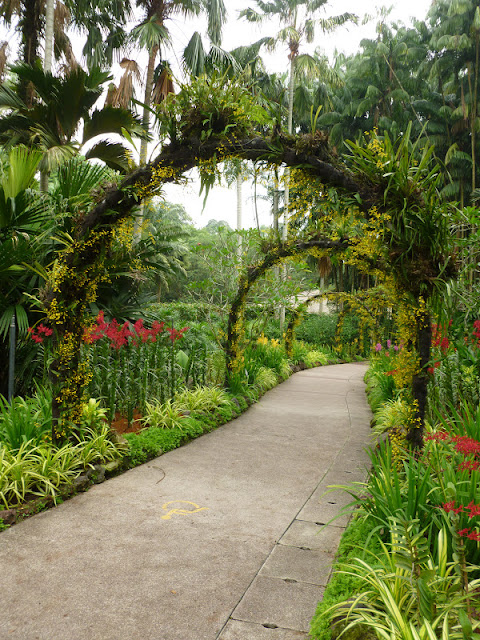 Marisa
I'm passionate about travel, food, books, art, gardens, my home, my dogs. This is my place to celebrate the things I love, to share what inspires me, and hopefully to chart my progress creating my dream garden (despite the enthusiastic assistance of Onslow and Miss B).